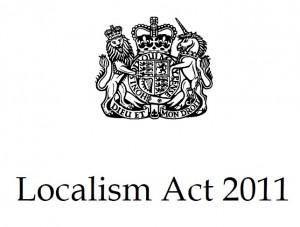 The General Power of Competence – Localism Act 2011 gives eligible local councils "the power to do anything that individuals generally may do". A council could for example lend or invest money, set up a company or co-operative society to engage in commercial activity, run a community shop or post office, make grants available to individuals. The power is not restricted to use within the parish and can be used anywhere.

To become eligible at least two thirds of the members of the council have to be elected and the council has to have a qualified Clerk. At the full council meeting held on 24th January 2013 Braunstone Town Council declared itself an eligible authority for the purpose of completing any activity undertaken in exercise of the general power of competence. The new power will remain in place until the next annual meeting which takes place in the year of the next ordinary elections.