Congratulations to the Town Mayor, Miss Anthea Ambrose, for raising a total of £1,785.29 for her chosen charity, Shelter 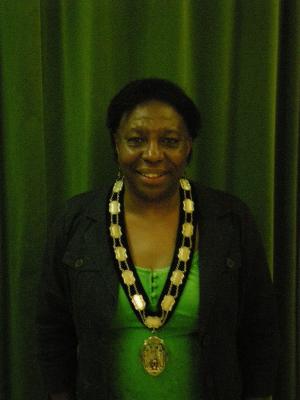 I do hope you will be able to join me at my organised programme of events (please visit the What's On Page for further information), and other events throughout the year, in particular our Summer Fete on 24th July 2010.

If you would like to contact me to either visit your group, judge a competition, award prizes, draw a raffle, etc, please contact the Town Council's offices and officers will be pleased to help you. 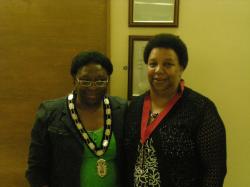 The Town Mayor with her consert, her sister, Maggie 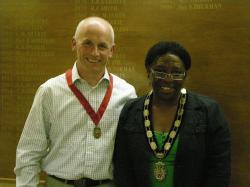 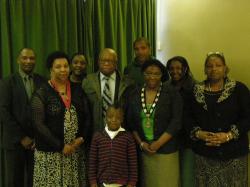 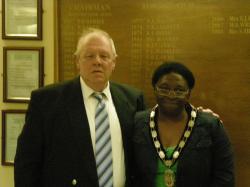 History of Shelter Shelter was founded in England in 1966 by the Reverend Bruce Kenrick, who was horrified by the state of the tenements round his Notting Hill parish. The setting up of the organisation in Scotland followed in 1968. Kenrick had formed the Notting Hill Housing Trust three years earlier to provide decent, affordable houses to rent in the area. As slums proliferated in the inner cities, homeless families were forced into overcrowded hostels, and notorious landlords like Peter Rachman made the headlines, Kenrick saw the need for a national campaigning body to complement the work of charities providing housing. Shelter was born.

Shelter believes that everybody needs a home in a place they can thrive. Its work won’t stop until there is a home for everyone. There are two main aims for Shelter’s work from 2009 - 2012:

The Town Mayor hosted an Awards Evening on Friday 15th April at Braunstone Civic Centre. The Mayor was pleased to present cheques to local groups from fundraising events held in the Town Council's Programme of Events. Miss Ambrose also presented Awards of Merit to local residents for their voluntary and community work within Braunstone Town. The following recipients were Awarded with a Certificate:

Donald Wills – in recognition of his service to Neighbourhood Watch in Braunstone Town for over fifteen years. 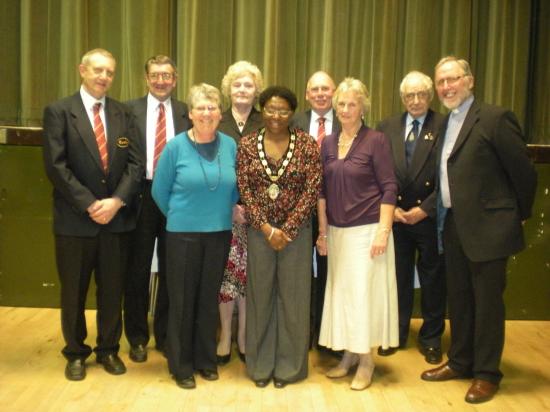 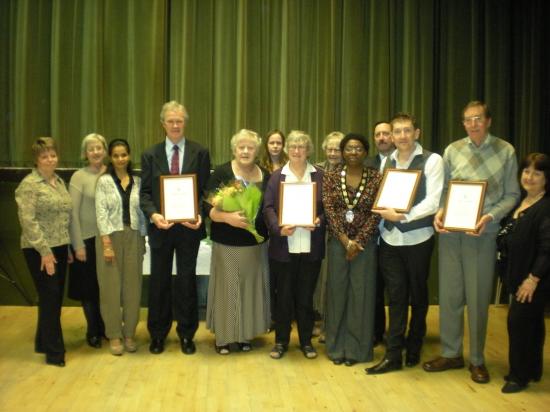 Recipients of the Award of Merit

The Town Mayor attended the annual Pantomime at Braunstone Civic Centre on Saturday 8th January 2011. Over 180 residents attended the show and net profits from the event will be donated to her chosen charity - Shelter.

'This wonderful new Centre will provide a place where people can come together, take up new interests and meet new friends – it will provide a focus for both young and old alike. Hopefully working together we can build a even greater sense of belonging and community pride. This in turn will help us to achieve a safer and a more inclusive community. I can assure everyone that Braunstone Town Council will continue to work with local people towards these ends'

On 15th September 2010 the Town Mayor - Miss Anthea Ambrose attended a ceremony at Braunstone Civic Centre to mark the 70th Anniversary of the Battle of Britain and honour the memory of local service personel who lost their lives in the second world war.

The Royal Air Force Flag was raised at the Civic Centre by Members of RAFA at 10.30am. Later at 6pm a Roll of Honour was unveiled in the Civic Centre. A short service was then held and the flag lowered. The Town Mayor then hosted a reception in the Council Chamber. 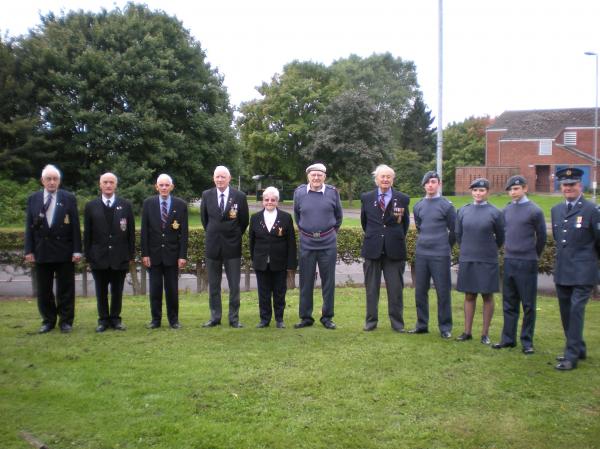