I am delighted to have been elected Braunstone Town Mayor for 2015/2016 and to have been given the opportunity to represent the Town Council and to support Heart Link and South West Leicestershire District Scouts Asssociation, my chosen charities, throughout the forthcoming year. I am very much looking forward to visiting as many community groups as possible to meet the people of Braunstone Town.

To view the Town Mayor's diary please see below. 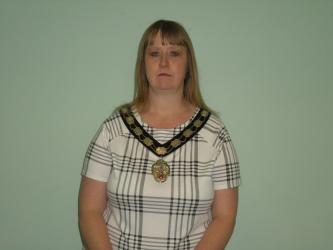 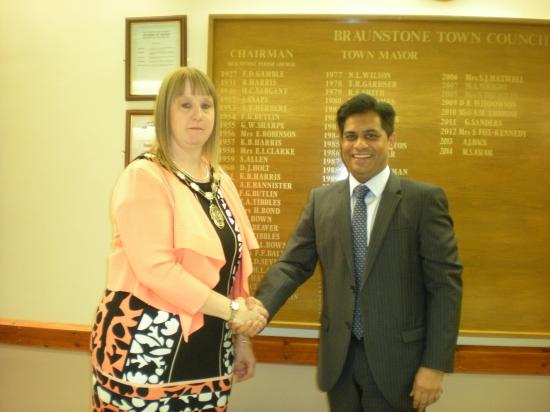 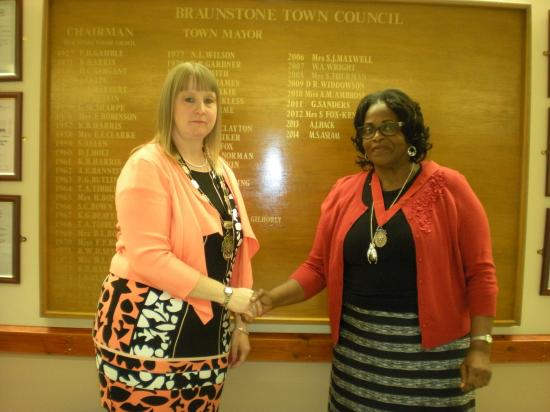 The Town Mayor will be attending a service at Leicester Cathedral to commemorate the 70th Anniversary of VJ Day at 11.00am. Everyone is welcome to attend the service.

The Town Mayor has been invited to attend a Fun Mobility Ride around Braunstone Park between 2 - 5pm. Prizes for the person who completes the most runs, fastest run and best decorated scooter. Fundraising for local dementia charities.

The Town Mayor attended the Allotment Society Open Day on Saturday 8th August 2015. The Mayor had a tour of the allotments and spoke with local residents that that work on the allotments. She was delighted to present prizes to Allotment holders during the day.

The Town Mayor was delighted to host the annual Braunstone Town Summer Fete on Mossdale Meadows. The event was a great day out for all the family. There were plenty of activities for all the family to enjoy and the weather was glorious! 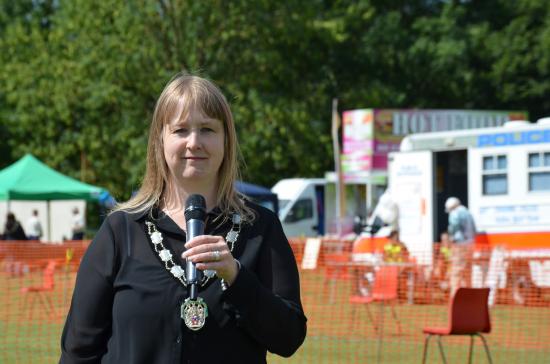 The Town Mayor attended the Open Sprint meet of the Braunstone Swimming Club and presented a trophy to the winner of the Girls 9 and over 100m Individual Medley race.

The Town Mayor hosted a short ceremony on Monday 22nd June at 2.00pm for the raising of the Armed Forces Flag at the commencement of Armed Forces Week. Representatives from the Royal Air Force Association, Royal British Legion and the Cadets attended alongside Deputy Lieutenant Peter Carr and Vice Chairman of Leicestershire County Council, Mr Bill Liquorish to recognise the work of the Armed Forces and Veterans. 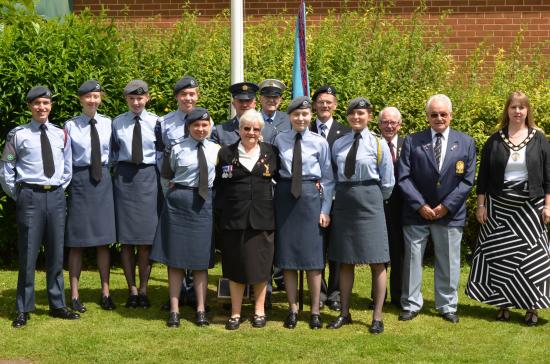 Braunstone Town Mayor, Miss Sharon Betts, was delighted to host her Awards Night on Friday 22nd April 2016. During the evening the Town Mayor presented cheques to local community for the net proceeds raised from events held in the Town Council's Programme of Events.

She was also delighted to present a cheques to the Heart Link and the South West Leicestershire District Scouts in the total sum of £2440 being the funds raised during her year as Mayor.

Following refreshments and a buffet the Mayor was pleased to draw the tickets for her Raffle. To end the evening the Mayor presented Awards of merit to residents and groups in Braunstone Town that have worked so hard to make the area a better place. 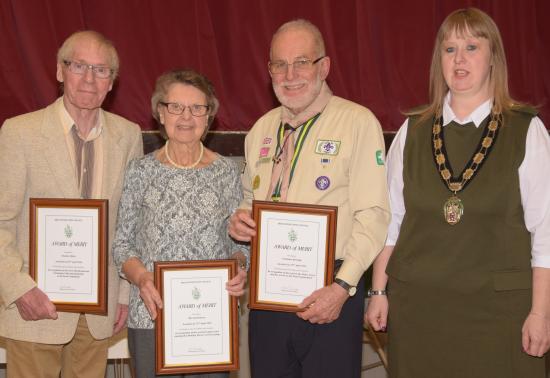 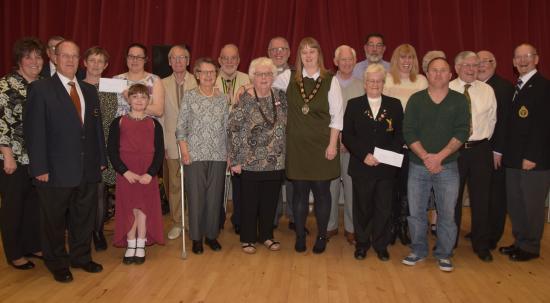