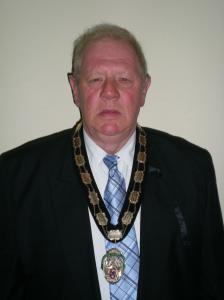 Congratulations to Mr David Widdowson for raising a total of £2,222 towards the Great Ormond Street Children's Hospital

I am delighted to have been elected Town Mayor for 2009/2010 and to have been given the opportunity to represent the Town Council and to support the Great Ormond Street Hospital Charity, my chosen charity, throughout the forthcoming year.

I am very much looking forward to representing the Town Council this year and I look forward to meeting as many of you as possible. I intend to arrange some get-togethers with local groups, but also look forward to attending any events that your group are holding during the year. I do hope you can join me at my organised Programme of Events and other events throughout the year, in particular the Summer Fair on 4th July.
If you would like to contact me to take part in your own event, perhaps judging a competition, distributing prizes, drawing a raffle, etc, please contact the Town Council’s offices who will be pleased to assist you. 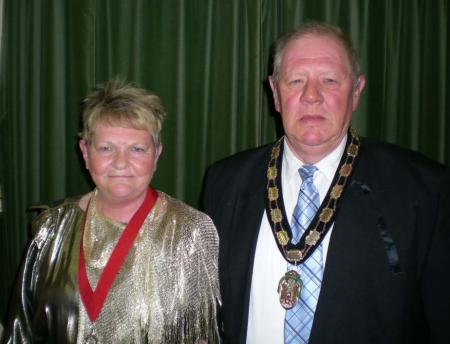 The Town Mayor with his Consort, his wife Rose 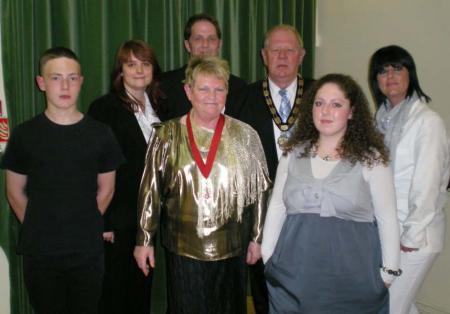 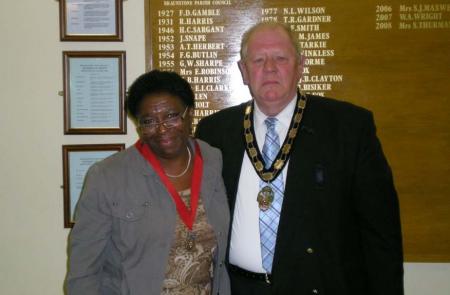 The Town Mayor with his Deputy, Miss Anthea Ambrose

I am delighted this year to be supporting the Great Ormond Street Hospital.
The Great Ormond Street Hospital opened its doors in 1852 and at that time was the first hospital dedicated solely to children. It is a specialist hospital concentrating on more complex cases and offers the largest range of children’s specialities under on roof in the UK. The hospital welcomes over 150,000 admissions and outpatient visits every year.
Any support that you may be able to give me in helping to raise funds for this good cause will be very much appreciated, whether it be through making a donation, donating a raffle prize, sponsoring one of my programme of events, purchasing raffle tickets, or organising an event of your own. If you need any assistance or further information on any of the above please do not hesitate to contact me or Officers at the Town Council’s offices who would be pleased to help.
Further details of the Great Ormond Street Hospital Charity can be found at www.gosh.org

The Town Mayor received a warm welcome at the Leicester Permanent Allotment Society's Annual Open Day on Saturday 15th August. The Town Mayor was pleased to present prizes to the winner and runners up of the best plots and also the tallest sunflower. The Town Mayor congratulated the allotment holders on the high standard of the plots and also for again putting on a very successful event. The day was well attended with local residents being given the opportunity to have a look at what goes on at the allotments and also to purchase delicious produce grown locally at the site.

Well done and many thanks to everyone who took part in the Peter Pan Charity Walk to raise funds for the Town Mayor's Charity, Great Ormond Street Hospital. The Town Mayor's daughter, Diane, did an excellent job of organising the event which welcomed participants of all age groups, including Peter Pan and his pals themselves!!! The route of the walk was three miles and covered Mossdale Meadows and the Osiers. Around £100 was raised from the event. Thanks to 'The Curve' - Thanks to everyone who joined the Town Mayor Mr David Widdowson and his Consort on a three mile charity walk for Gt. Ormond Street Hospital. The Curve Theatre kindly donated 4 tickets to their production of Peter Pan. Mr Widdowson held a 'thank you' in September at the full Council Meeting and presented children who took part in the painting competition with a small token of thanks. Children who attended the Peter Pan Walk captured the hearts of many, not only with their costumes as Tinkerbell & Wendy etc, but with their positive attitude towards helping to raise money for the hospital.

On 3rd October, the Town Mayor was delighted to officially open the Franklin Park Community Orchard Apple Day. Not only did he have the lucky job of judging the 'Best Apple Produce' Competition but he was also pleased to receive a plaque from Leicestershire County Councillor, Mr Ernie White, representing the Shire Grants Scheme which had made a much appreciated grant towards the Franklin Park Project.

The Town Mayor was grateful to be given the opportunity to host a reception following the Remembrance Day Service on 8th November, following the service, this year held at St Crispins Church.

The Deputy Town Mayor, Miss A Ambrose had also represented the Town Council at the Royal Air Forces Association Remembrance Service at Christ Church.
Both events had been very moving and an opportunity for people to show their respect and appreciation to both the older serving members and those who were currently serving in Afghanistan.

In December, the Town Mayor and his wife Rose were welcomed by the residents and staff at Aberry House Residential Care Home for the Elderly in Leicester. Aberry House was holding its annual Christmas event and was taking the opportunity to raise funds for Great Ormond Street Hospital, the Town Mayor's Charity. Mr Widdowson was delighted to meet the residents, which also included those who have lived in Braunstone Town, and there was also a treat of carols from local schoolchildren.

Braunstone Town Mayor, Mr David Widdowson, was pleased to host the annual Civic Function and Awards Night on Friday 16th April. Mr Widdowson presented cheques to sponsored groups from the Programme of Events 2009/2010 and draw the tickets for his Grand Raffle prizes. Nominated residents were also invited to attend to receive an Award of Merit for their services to Braunstone Town. Guests were entertained by the House Red Jazz Trio and Bullet Proof Madness.