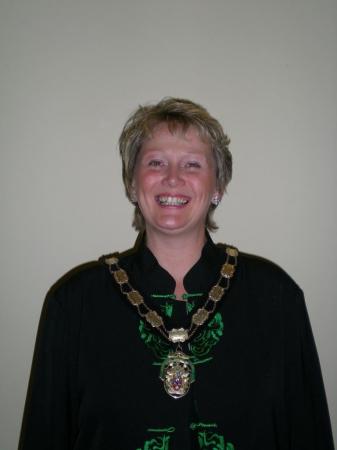 CONGRATULATIONS TO MRS THURMAN FOR RAISING A TOTAL OF £2,513.27 TOWARDS HELP FOR HEROES

I am delighted to have been elected Town Mayor for 2008/2009 and to have been given the opportunity to represent the Town Council and to support Help for Heroes, my chosen charity, throughout the forthcoming year.
Help for Heroes is a national appeal which was launched on 1st October 2007 in response to the desire of ordinary people to do something practical to help our servicemen and women wounded while serving in the current conflicts in Iraq and Afghanistan. The aim of Help for Heroes is to do something to help those very special people who are brave enough to volunteer to serve their country and are wounded while doing so.

So far Help for Heroes has raised £6m to fund the building of a swimming pool/gym complex to aid rehabilitation at the world class tri-service rehabilitation centre at Headley Court, Surrey.
Any support that people can give me in helping to raise funds for this cause will be very much appreciated, whether it is attending one of our Programme of Events of if you or your organisation is able to donate a raffle prize.
On a personal note, I am very much looking forward to representing the Town Council this year and I look forward to meeting as many of you as possible. I intend to arrange some get-togethers with local groups, but also look forward to attending any events that your group are holding during the year.
If you require any further details about my charity, please do not hesitate to contact me via the Town Council offices. Further information on the work of Help for Heroes can be found at www.helpforheroes.org.uk 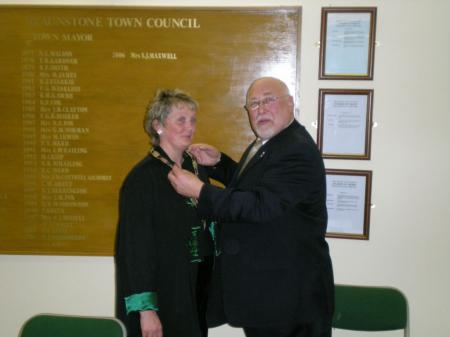 Mr Bill Wright, handing over the Chain of Office 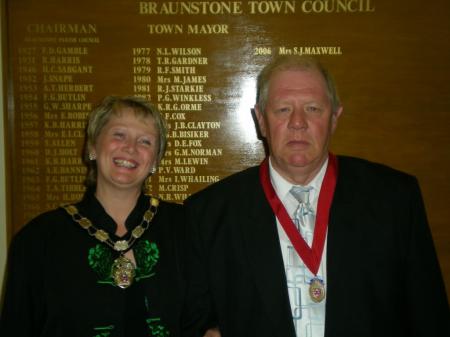