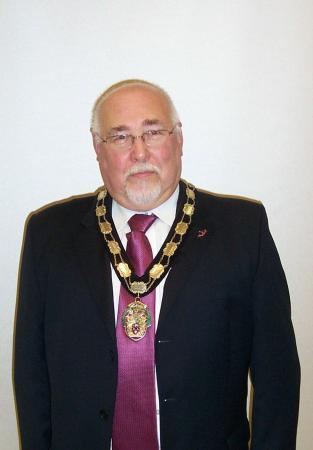 CONGRATULATIONS TO MR BILL WRIGHT IN RAISING A TOTAL OF £3,382

I am delighted to have been elected Town Mayor for 2007/2008 and to have been given the opportunity to represent the Town Council and to support Diabetes UK, my chosen charity, throughout the forthcoming year. Further information on the work of Diabetes UK can be found at www.diabetes.org.uk This is the largest charity in the UK devoted to the care and treatment of people with diabetes in order to improve the quality of life for people with the condition.
At my election as Town Mayor on 17th May I was delighted to welcome the Charity’s Regional Fund Manager, Sarah Macey, to the Full Council Meeting, to give a presentation on the charity’s work. As well as raising the profile of Diabetes UK, I am looking forward greatly to meeting Braunstone Town residents, and community groups. I also welcome you to help support my charity by attending any of the Programme of Events which are also an opportunity to raise funds for other local good causes. If you would like to contact me about my role as Town Mayor, or require any further details about my charity, please do not hesitate to contact me via the Town Council offices.
My Consort for the year will be Mrs Maureen Edmunds and we both look forward to a busy and successful year representing the Town Council and supporting Diabetes UK. 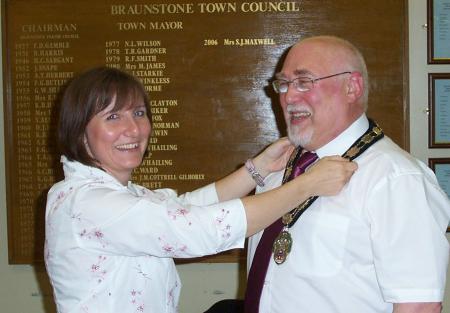 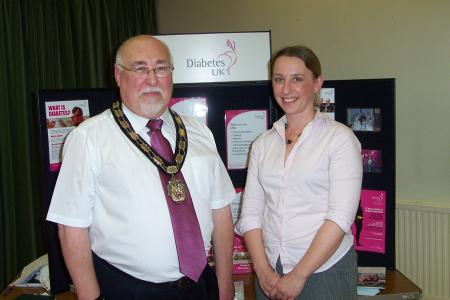 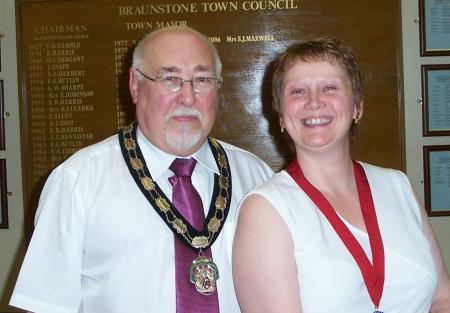 This year I am delighted to have been given the opportunity to support a cause that is very important to me, Diabetes UK, the charity for people with Diabetes (Registered Charity No. 215119).

Having Diabetes myself, I recognise the valuable work that this charity does. If you would like to find out more about Diabetes there is a vast amount of information on the Charity’s website at www.diabetes.uk.

This year I will be raising funds for the Charity through my Grand Raffle Prize Draw Iwhich, each year proves to be ever more popular and is also well supported by local businesses. The Draw gives me opportunity to raise the profile of my chosen charity not just within the Town but also across the County and is an opportunity to publicise the local organisations and businesses that have given their support.

I intend to make the draw the Grand Raffle at the culmination of my term in April next year when I host my Awards of Merit evening in recognition of local individuals who have made an outstanding contribution to the local community.

If your organisation is able to help me in anyway in supporting Diabetes UK by making a contribution of a raffle prize for my Grand Prize Draw, this would be greatly appreciated. Previous prizes have included health club vouchers, donations of artwork, and weekend breaks at local hotels.

A Walk in the Park in Aid of Diabetes UK

Congratulations to the Town Mayor, his consort Mrs Maureen Edmunds and fellow Councillors in completing the Walk in the Park at Abbey Park on 14th July raising funds towards Diabetes UK.

Presentation of Trophy at Football Tournament 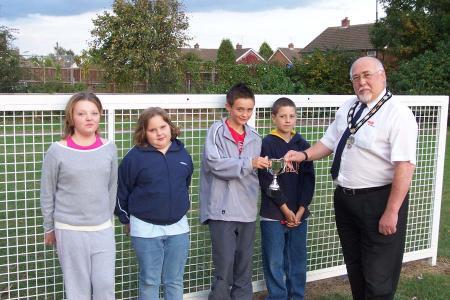 Following the official launch of the multi-sports play area at Holmfield Park, a group of local keen footballers got together to hold a football tournament at the park. On 20th September Town Mayor was able to present a trophy to Jordan who scored the most goals in the tournament. Shown here is Jordan collecting his trophy, along with Jamie, who organised the football tournament, and other friends. The Town Mayor was delighted that young people had been able to enjoy the new equipment at the park and congratulated them on the success of their tournament. 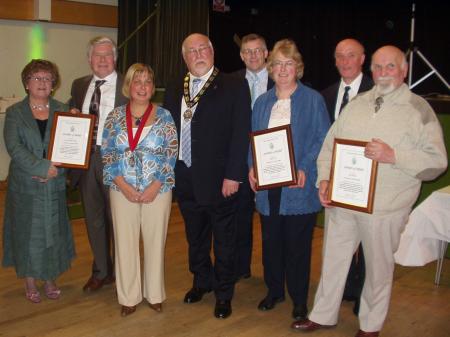 PRESENTATION OF CERTIFICATES OF TOWN MAYOR'S AWARD OF MERIT

The Town Mayor's Awards of Merit scheme has now been running since 1997. The Awards are an opportunity to recognise and thank the residents that contribute to the community and who really make a difference to other people's lives. This year the Town Mayor was pleased to award the following residents.

Janice Lock - In recognition of her service in the Community by delivering the Braunstone Life, befriending the elderly, delivering library books to the disabled and helping to run the Women’s Institute

Brian and Betty Copson - In recognition of their work at St Crispin’s Church, organising church activities and services, providing a counselling service and transport for residents with mobility difficulties

Tony Thorpe - In recognition of his contribution to the community by delivering library books to the housebound and disabled, befriending the elderly and distributing disability equipment to those who require help 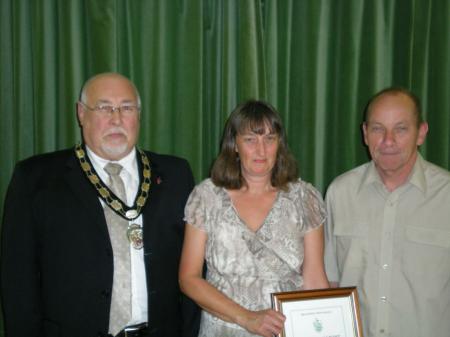